Melissa Samakayi: Once a Student, Now a Teacher

Using income she earns through her own business, former PHE Melissa is training as a teacher 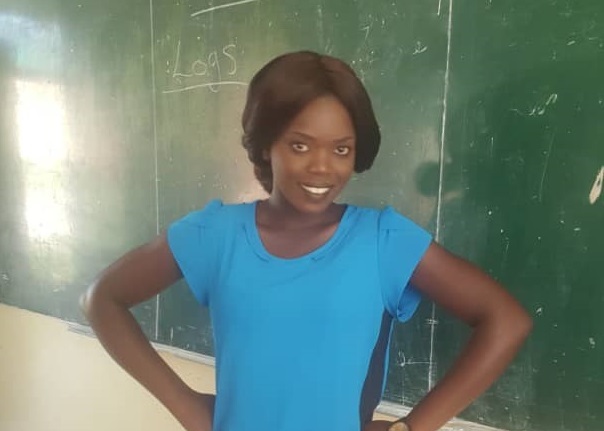 Today, 20-year old Melissa Samakayi studies at Kitwe College of Education where she is training to become a teacher. It's the latest in a series of new steps in life for Melissa, each of which can be traced back to when she was first helped by Cecily's Fund.

The good prospects that Melissa enjoys now are a far cry from her childhood. She grew up in the overcrowded Kitwe ward of Kwacha East, an area very much affected by the impact of early marriage and childhood pregnancies, factors which leave many households struggling to cope. "My life took a sudden turn after the death of my father who was at the time was the sole provider of all our needs", Melissa explains. "It forced my mother to start selling charcoal and rice as a way of surviving."

Not in school, Melissa had to help her mother with this new business by going door to door. It was through doing this that she met a teacher at Kwacha Primary School; she was encouraged to re-enrol into grade 6, to be supported with her fees by Cecily's Fund.

After graduating from grade 12 at Helen Kaunda Secondary School, Melissa was recruited by our partners CHEP and trained as a Peer Health Educator, and began delivering health sessions to her younger peers.

"PHE did not just give me knowledge on sexual reproductive health but also decision making regarding how to conduct myself as a young person."

The experience of working as a PHE encouraged Melissa to take up the opportunity to train as a teacher. Now, she hopes to qualify and to take on a role in educating children. While she studies, she supports herself with income from a business she runs - using skills she learned from the Cecily's Fund Fresh Start programme.